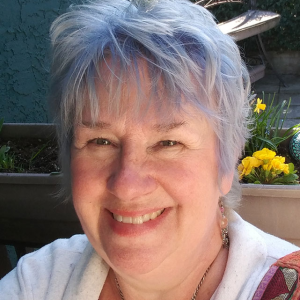 Once upon a time, there was a young girl who felt overwhelmed by the world around her. There seemed to be many things she felt but couldn’t explain. There were people that said things and yet did something entirely different. She felt safer when no one noticed her especially if she was drawing, colouring or painting. She had two brothers that were good at art and it felt like they were always encouraged. While she was told that she was a dreamer and had her head in the clouds as if that was a bad thing.

In some ways though, what may have seemed like criticism probably helped her to retreat inside more readily. Her inner landscapes could be anything she imagined, and they were always a place of wonder where she was safe to be herself. She loved to read, and her imagination took her on many journeys that were so exciting.

Sadly one of her other gifts was that she was very intuitive and she knew what other people expected of her. She did not like discord or conflict and so she began to mold herself into what was needed to bring harmony. On the few times that she struggled with that and tried to stand up for what she was feeling or thinking she quickly realized how dangerous that could be. So she became a chameleon. She learned to pay attention to her surroundings and discover ways to make things run smoothly, including how to solve problems quickly and to find easier solutions for what others were expecting, demanding, or asking for.

Adulting and the Corporate World

This became a skill that she continued to develop all of her life which is how she so often found herself in leadership roles and jobs. Ones that really were all about helping others get the results they wanted and not really focused on what brought her joy. The part of those jobs that she loved was when she was able to help others. This was especially true if someone was struggling and feeling badly about their personal skills and abilities. It is not hard to see how this led to her getting her MBTI certification as a facilitator and became a Training and Development Professional.

Her artwork was something that she only did part-time but was a big part of what helped her to stay in the corporate jungle for so long, working longer hours than the usual 9 to 5. Creating art allowed her to deal with the need to put on a mask at work for 80% of the time when all she really wanted to do was help others. It helped her when she had to deal with:

Try as she might though, the other 20% of the time, her own authentic self, could not help from bursting forward for all to see. She held on to creating artwork like a lifeline. It was her greatest tool in connecting with herself, her real passions, and her hopes and dreams.

That was until she just couldn’t pretend anymore and in 2012 she took a huge leap of faith and left the corporate world, her full-time role as a Manager in Training and Development, and quit to become self-employed. Fast forward to today and she feels she is truly living her dreams. She is me, and combining my websites and blog brings another one of my dreams to life. I have started and stopped many business projects and creative ventures in the last 9 years. All of which I believe has led me here.

Over the years – well decades, I have continued with my artwork and shared it on some online digital art communities. Community and support are a huge part of feeling inspired to continue to tap into your creative self.  I’ve sold some art prints, self-published a tarot deck with my artwork, been published in some local magazines with my art, and given talks at Spirit and Wellness Fairs and Tarot Events.

Today I begin again and trust me ~ New Beginnings~ are always exciting. I want to build a site to share my artwork and even more importantly, help others begin to believe that they can be creative too. I know that in a world that seems to recognize and reward material achievements, it can be hard for sensitive creatives to feel they have a chance to do things they actually love doing.  I want others to know that the first step towards being an artist is to create art. I am going to share some of my most humble of beginnings as an artist, and share ways to get to a place that you enjoy creating and can let go of that inner critic that may try to stop you. I have so many plans for ways my earlier art might help those who are just starting out. I want to invite you to join me here. To share your thoughts, your challenges, what you need most to take those steps to be creative and live your dreams.

I also want to share other creative passions that I feel help others find their way in a difficult and what often seems like an uncaring and harsh reality. I am in the process of creating a new deck of intuitive cards and I will be offering sessions in finding your MBTI preferences in a way that will help you to make choices and decisions that will encourage you to live your dreams.

I truly believe that everyone has gifts that the world needs and the first step towards all of this is understanding yourself and investigating what truly makes your soul light up. I will be here to help you dream, believe in yourself, and create a life filled with the things that you love.

So today my affirmation is this:

This site uses Akismet to reduce spam. Learn how your comment data is processed.

Find me on social media!